The Internet of Things (IoT) opens up many opportunities across different industries and has strong development potential for the upcoming years. 83% of organizations report optimized performance and improved workflow after the IoT implementation, a comprehensive IoT statistics from DataPot says.

In this article, our WebbyLab team shares its experience on how to develop an IoT device that is cost-effective, stable, and flexible. We’ll also describe in detail our recent case for MyBox – a universal cloud-based software solution for managing and maintaining EV Charging stations.

As a part of our discussion, you’ll find out the key features of IoT, its requirements, and major challenges you may face when creating hardware for the target project.

To answer the question of whether you should build an IoT hardware platform or an IoT device today, the first thing to study is the market trends and perspectives for IoT solutions.

According to the trend analysis by Statista, global spending in 2015 and 2020 has increased by two to four times on average. Moreover, the forecast spending for 2022 is to finally hit $1 trillion (FinleyUSA data), with the highest shares in the Asia Pacific and North America regions.

As for the revenue, the IoT market is currently worth $389 billion. However, by 2030 it is projected to surpass $1 trillion (Transforma Insights), with the most significant revenue segments in consumer media, internet devices, and connected vehicles. 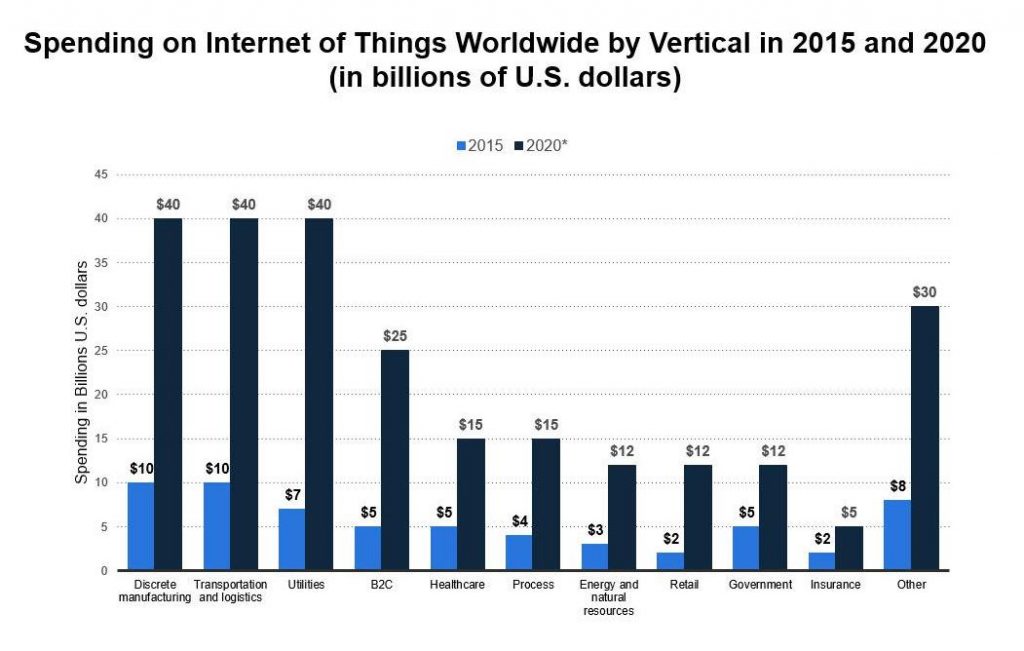 Before you start planning how to build your own IoT device, it’s essential to understand the basic features it should include. Thus, you’ll have a better idea of the target project’s cost estimation and delivery time. Moreover, it will provide you with highlights on what to look for when choosing between the teams of dedicated IoT developers.

Some capabilities to consider include:

What Ready-Made Hardware is Used for Prototyping IoT Projects

IoT prototyping also implies using a diverse number of tools in progress. This hardware can significantly accelerate the delivery time, reduce the IoT development costs and optimize the workflow.

In the table below, you’ll find some of the most common off-the-shelf hardware applied today, their functionality, and examples.

What Are the Core IoT Hardware Requirements?

Considering how to build an IoT device doesn’t solely rely on planning the core features and development tools required. To remain competitive, any IoT device must comply with the basic requirements for this hardware:

Basically, you need to take five steps to build your IoT device. Let’s study this process, using our Access Control System (ACS) project as an example.

The first thing to consider during the development of IoT devices is profoundly researching similar solutions already available on the market. You can do this in two steps:

During the research stage of our ACS project, we identified two main groups of controlled devices: electric locks (electric bolts or latches) and electric drives for opening gates or removing barriers. The main difference between them was that the latter required a relay to control.

Also, we discovered that, aside from the controlled devices, the ACS network controller had to interact with various tag readers and exit buttons.

Based on the results of the research, you need to create a list of functional requirements. They describe how your device will operate, how it will coordinate with other devices, how it will connect to a network, etc.

At this stage of our ACS project, we came up with the controller functionality requirements. It had to support:

#3 Create a Proof of Concept

At this stage, you need to test your ideas using the first version of the device with the most essential functionality.

In our case, we created the PoC with the help of the NodeMCU Dev Board and breadboard. Our goals were to study the features of electric lock controlling and automation drive controlling. We also wanted to find out the peculiarities of working with access tag readers and choose the optimal power supply for the controller.

The previous steps prepare the ground for creating a ready-made device that meets customer’s demands. During our ACS project, we built several iterations of prototypes.

On the photo below, right to left:

The field tests revealed some pitfalls that were hard to anticipate. They concerned controller’s reactions to possible power surges, wiring convenience, the number and location of mounting holes on the board, etc.

#5 Launch the Production of the First Batch of Device

Now, it’s time to move to mass device production. By dedicating a significant amount of time and resources to testing, you’ll avoid costly mistakes in the future.

Having received a working ACS controller on a breadboard, we manufactured 50 devices. Due to the throughout prototype testing, the entire batch was deployed with zero issues. It’s worth mentioning that the production-ready device can further be altered according to your needs. For example, the ACS we helped to launch underwent numerous changes long after: we added new functionality such as GSM Modules, Power over Ethernet ports and RS-485 bus communication method:

Mistakes Made During The Development of IoT Devices

Speed and responsiveness are the essential parameters are essential for developing IoT devices. However, in pursuit of competition and innovations, companies tend to overlook the aspects that can significantly hit the hardware’s performance and the final product.

Let’s now review the typical problems for building the Internet of Things hardware for your project.

Companies mainly focus on software development, often underestimating the technology it’ll be hosted on. Nevertheless, the hardware, software, and connectivity need to be tightly worked together to deliver the desired results for any IoT device.

It’s vital to scale up the IoT hardware manufacturing to guarantee business growth.. However, make sure your IoT solution can meet the emerging customer and market needs. This way, you can remain competitive in the long term.

According to Symantec’s report, routers act as a gateway for IoT attacks in 3 out of four cases. Similar to other smart devices, IoT devices leverage various data to and from cloud apps at light speed, which might easily fall victim to hackers.

Certification is another essential point to consider once you’ve decided to build IoT devices, which can save months of development time and money if applied early. Usually, the options you’ll need include PTCRB, FCC, CE, IC, GCF, and RoHS certificates.

Both processes are a must for preparing your IoT device for entering the market. They’re responsible for efficient time and cost investments, meeting regulatory and compliance requirements, and many other aspects related to supply chain management.

How Much Does It Cost to Develop an IoT Device?

The costs required to launch an MVP of IoT hardware solution and its overall development time are based on the project’s complexity, deadlines and technologies involved.

It’s required up to 3 months to build an IoT device hardware from scratch. The development time can be reduced to at least one month if there is already some existing groundwork or ready-made materials that can come in handy in the process.

The pricing for the Internet of Things hardware creation has hardly any one-size-fits all approach. It highly depends on the scope of work to be done. A small IoT project with a simple device and the results of some groundwork available will require $5,000-10,000. However, the budget for a more complex project such as the one we described above will start at $25,000.

Why Develop IoT Devices with WebbyLab

By leveraging the experience of WebbyLab, you can access a large pool of tech talents with years of experience and deep knowledge in IoT development. Regardless of the project’s complexity and budget, our team is ready to deliver the most efficient IoT solution for your business.

In our portfolio, we’ve showcased our expertise on how to create a prototype and build IoT devices for various projects and the challenges tackled within each of those.

One of the recent cases which we’ve worked on was a software solution for MyBox. This company from Eastern Europe manufactures and supplies EV charging stations. They required a cloud management system to support thousands of private and public EV Chargers from various vendors. It had to be accompanied by end-user mobile apps.

To substantially reduce the time to market, we successfully reused a large part of the 2Smart Cloud platform`s functionality. Also, we developed a set of custom features such as advanced user permission management, additional security measures, and data visualizations.

Moreover, we created flexible firmware for the ESP-C3 MCU controlling the chargers to ensure easy scaling and support. On top of it, end-users got comprehensive and modern mobile applications.

Are you already interested? Feel free to contact us anytime and get a detailed estimation for your IoT project today!

Get Started With Your IoT Hardware Development Project

Now that you know all the specifics of the step-by-step development of an IoT device, and have a better understanding of how to plan your IoT hardware project from scratch. Despite the stereotypes of its considerable pricing and various difficulties you can face, it’s pretty easy to create and launch the industry-specific IoT solution for any business.

Sure, getting qualified assistance within the target scope is of the essence. Our experts are always concerned about the results and ready to provide the most effective solutions for your project specifically.

Request a consultation from WebbyLab’s team and discover how to successfully launch your IoT project right away.

- Technological: issues with connectivity, security, standardization, smart data analysis, and compatibility.
- Business: an emerging demand in large-scale manufacturing, simplified usability, device compatibility and software maintenance, etc.
How to reduce the cost of building an IoT device?
According to our experience in IoT device development, the customization of pre-made and test-proven solutions is always cheaper and more effective than development from scratch.
How do you choose IoT hardware developers?
Once you’ve decided to hire IoT hardware experts for your project, selecting the best contractors will require three basic stages:

- Market research, covering various aspects of the potential vendors, from their services to the minimal project costs and expertise within a particular industry
- Technical analysis, during which you check the tech stack and equipment the company offers, research their development methodologies
- Meeting to discuss all technical and organizational aspects. After that, you can make a final decision.
You may also like 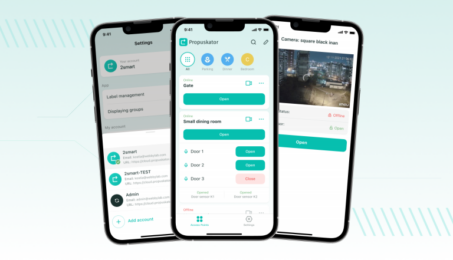 How to update IoT devices: Process and Methods

How to Update Internet-of-Things (IoT) Devices: Programmer’s Guide The Internet of things is growing exponentially every year. Internet-connected devices are changing the way we work,… 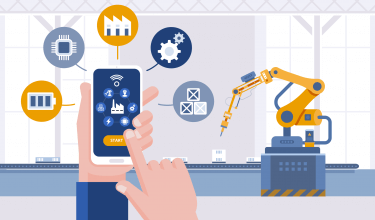 Many industrial businesses are incorporating IIoT into their operations to boost productivity by detecting and mitigating possible bottlenecks, disruptions, quality issues, and other concerns.