How Much Does it Cost to Build IoT Prototype in 2022

Any IoT solution combines wireless tech, microcontrollers, and an online connection. Put together, they make this functional device work. However, when launching an IoT project, it’s essential to ensure that all the aspects will show the same performance in practice as they do in theory.

With that in mind, developers started searching for ways to materialize first-class IoT products with minimum loss in time, cost, or resources. Apart from going over budget, such a solution should showcase the product’s hypothesis, challenges, and other mishaps. Thus, it helps engineers to optimize the development of the required IoT device.

In this article, Webbylab will introduce one of such solutions, known as IoT prototyping. As a part of our discussion, we’ll explore the importance of IoT prototypes and the peculiarities of their development based on our experience of expanding the Propuskator ACS functionality by integrating intercom system connectivity.

Let’s get it started!

How are Prototyping IoT Products Different

Unlike market-ready IoT solutions, the IoT prototype is a product that covers the basic features of an IoT solution. Software developers mainly use it for research purposes only. It helps to check the product’s hypothesis, gain client feedback, and analyze the specifics across all the stages of IoT development and potential issues before, during, and after the implementation.

Prototyping devices in IoT is a complex process that covers multiple components, including the IoT product itself, its hardware, and software solutions, to ensure its stable management from different devices. When compared to the market-ready IoT devices, the IoT prototype also has the following differences:

Anatomy of an IoT Prototype

Understanding the development anatomy is simply a must to build your IoT prototype. It helps to understand its essential components and come up with the best strategy for the upcoming IoT project.

Every IoT prototype consists of the following essentials:

The next essential aspect that has a significant impact on the prototyping efficiency is the IoT development vendors you choose.

Why Should You Choose Webbylab for IoT Prototyping?

With years of expertise in IoT development, our company features mid to senior developers who are passionate about the IoT. They are ready to deliver the best solution that ideally matches your ideas. As a reputable IoT prototyping development partner, we’ve been helping clients across different industries to create the base models of the desired IoT solutions. Our team has proven its expertise in delivering thousands of successful IoT prototyping and ready-to-market solutions, such as 2smart, Propuskator, and many more.

Keep on reading to discover more about our expertise in IoT prototyping!

Building an IoT Prototype: 5 Main Stages of IoT Prototyping (Based on Webbylab’s Experience) 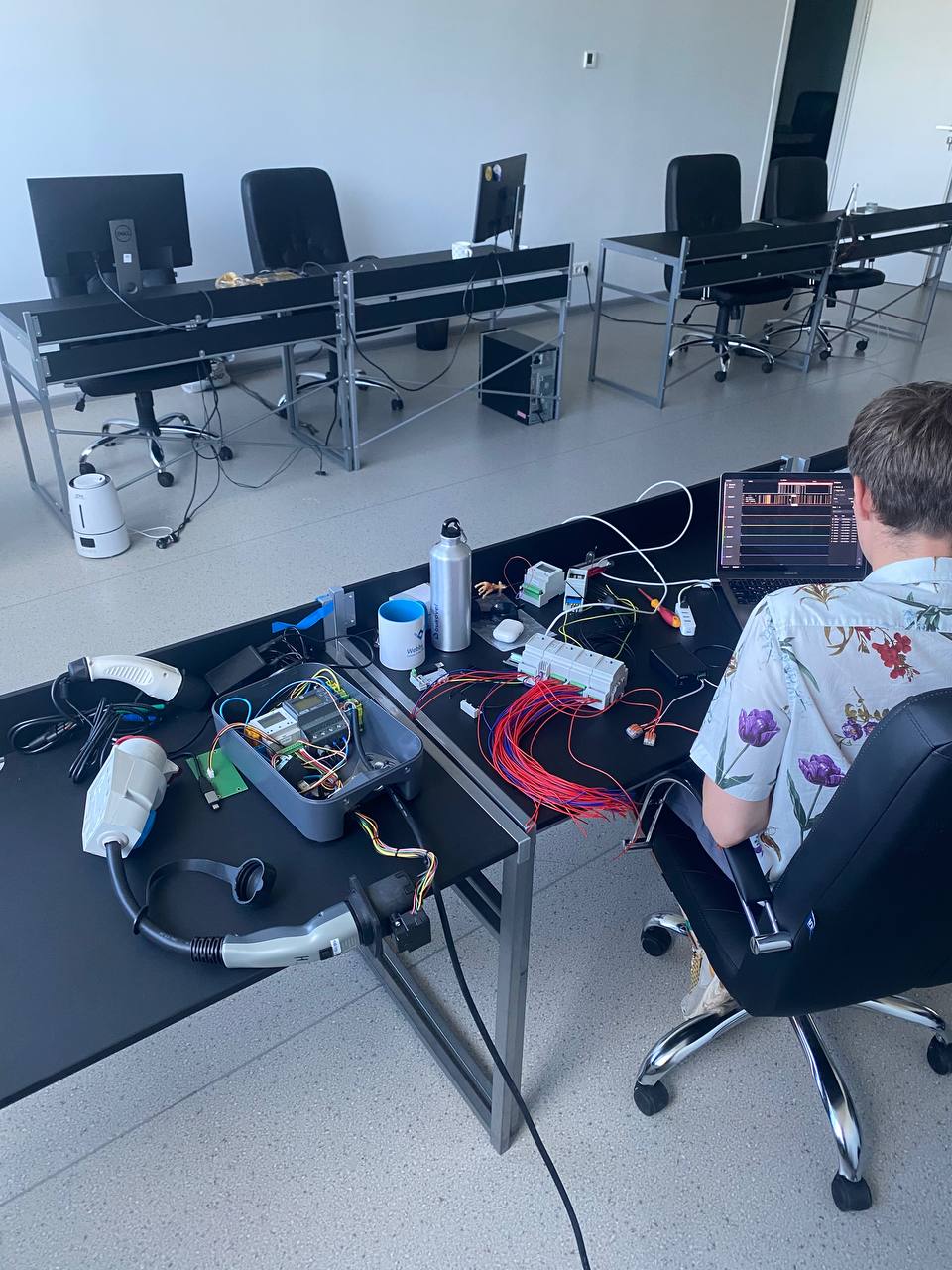 To add more clarity on how to build an IoT prototype, let’s analyze this process based on the case study of one of Webbylab’s projects – a prototype of a digital converter for analog intercoms.

Regardless of the project you have, the standard prototyping process starts with shaping the goals and results that the client expects to gain from the custom IoT prototype, as it adds more clarity on what product they exactly need and what requirements/certifications we want to focus on.

It covers thorough market research, collecting feedback from the user, ensuring its usability and relevance, checking some technology or a mix of technologies, understanding whether there is enough expertise to complete this project and so much more.

The cost of the research stage depends on how many aspects should be covered, and typically starts at $500.

One of Webbylab’s customers needed a device that connects to outdated wired intercoms. This IoT solution was aimed at helping receive calls on smartphones and talk to the guest remotely, without picking up the physical receiver of the intercom.

Since the client didn’t need an accurate and unambiguous solution, nor the usability of the product research, the Webbylab team proposed to make an IoT prototype that covers the device and app together in a single system.

As a result, our developers were to create an IoT prototype that enables receiving calls, audio, and video from the intercom on both sides, with the option of unlocking the door.

Next, it’s essential to pick up the proper hardware that will better fit our prototyping IoT project, which usually depends on its type and objectives. Thus, first of all, we create PoC (Proof of Concept) which is based on ready-made hardware solutions and aimed at checking the product hypothesis, to ensure it’s relevant and valuable at the time of release and afterward.

Based on the project type, you’ll choose a certain set of prototyping IoT sensors and devices that will help to perform the desired features.

Typically, the overall cost of this stage is about $1000. 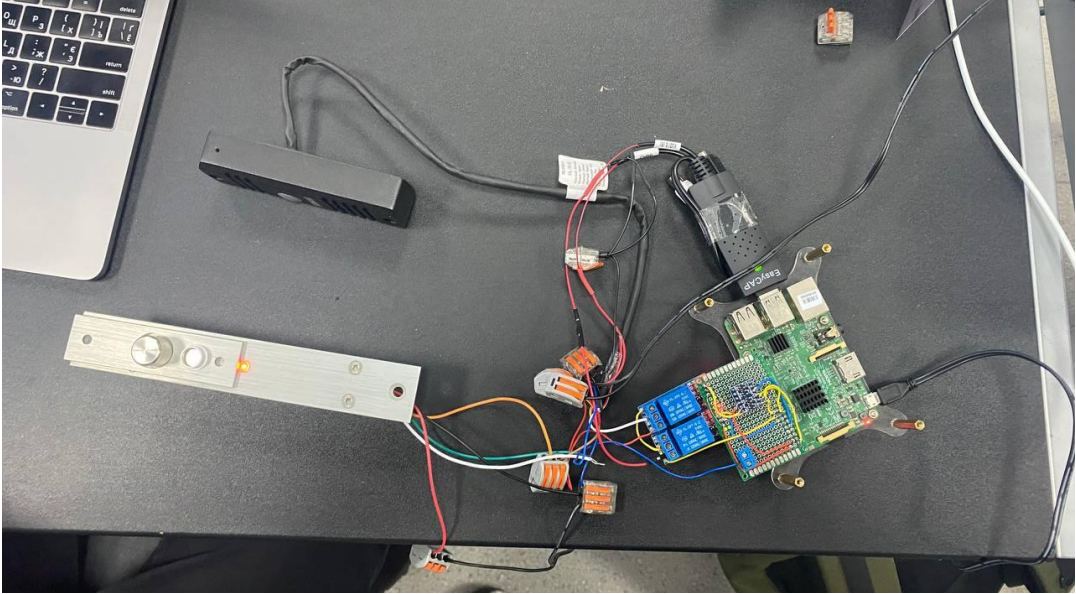 Once we’ve researched the principles of intercom performance, we’ve moved toward hardware selection.

For our project, we’ve decided to assemble a prototype of a device based on Raspberry PI and a ready-made analog signal converter. Additionally, to cover the required functionality, Webbylab’s engineers also embedded several components for monitoring the call, receiving it, and sending commands to the video.

For most PoC or MVP-based projects, developers have ready-to-deploy solutions for the IoT tech stack selection. However, it’s essential to ensure the selected database, cloud solutions, mobile app frameworks, desktop apps, API management tools, and testing environments can perform at their best in terms of the current project.

On average, the cost of a target stage in IoT prototyping starts at $1500.

According to the project specifics, our team has researched the list of the tech stack that could be potentially used for launching a cloud-based solution. It was agreed not to develop the custom solution in an IoT prototype, which is why we’ve decided to use Asterisk software to ensure the smooth performance of real-time calls.

Similar to other projects, prototyping IoT starts with choosing the development model (agile, for example), and setting up the deadlines for each development phase based on its complexity and possible challenges. This helps ensure the rapid building of IoT prototypes and solutions with minimum time and maximum efficiency.

Also, it’s essentially important to create a QA testing strategy to identify the possible bugs, as well as clear out the risks and challenges that can come out during the IoT project development.

The final stage of the IoT prototype deliverable is extremely volatile, starting at $3000 on average.

For this project, we chose the agile model that implies a parallel development of different processes within the alpha and beta phases and final IoT prototyping production. Based on the selected tech stack and hardware, our team set up a configured Asterisk software on a cloud server and finalized it on Raspberry PI.

As a result, the system was thoroughly tested for bugs, vulnerabilities, and functionality performance, to ensure it can digitize the signal and make calls. Additionally, we’ve provided a list of recommended mobile, web, and desktop applications that are applicable for finalized IoT products.

The overall budget of the current IoT prototype cost $6 000, according to which the client has been delivered:

As a result, Webbylab delivered a well-performing intercom prototype that can receive and accept calls, digitize video and audio, hang up and give a command to open.

There’s no fixed cost to create an IoT prototype for your project: everything depends on multiple factors. Apart from the volatile rates of development providers, you need to consider the prototyping complexity, required functionality, and expertise, number of experts, and deadline set.

Why Should You Prototype Your IoT Device?

Starting your IoT project from its prototyping is not an option, but rather a necessity, and not solely in terms of time and cost efficiency. The other benefits of prototyping in IoT are described as follows:

With this said, prototyping opens up new ways to design IoT solutions in a smart way. With the right vendor on board, you can ensure to test the ideas efficiently and develop the right strategy for your upcoming IoT project development on average starts at $5500 and higher. To get a more accurate estimation of your project, in particular, we suggest contacting our experts.

As you can see, creating an IoT prototype is one of the most essential aspects of IoT development, regardless of the project’s specifics, target industry, and scale. Though it requires lots of effort, planning, and expertise, it truly helps to understand the project specifics, covering the major challenges with hardware and software, as well as the relevancy of features included. As a result, you’ll be able to define the most efficient development model that ideally fits your business goals and budgeting, reducing all the risks and forecasting the project’s performance.

Are you looking for a dedicated development team to launch a custom IoT project? Request a consultation today and discover how to make the most of your idea with Webbylab’s best IoT experts!

Kostiantyn Oliynyk
December 11, 2022
FAQ
How long does it take to build an IoT prototype?
To build an IoT prototype, you’ll need 4-10 weeks on average. However, the process may take longer depending on the project’s parameters: complexity, features and design specifics, number of developers, and their expertise.
How much can an IoT product evolve during prototyping?
Building IoT prototypes can give you a huge boost for the project’s successful deliverables, as it gives a better understanding of the hardware, software, and mobile application itself providing early feedback from the end users and more data about the project itself. Apart from cost reduction and time optimization, this data helps to enhance multiple aspects of IoT product development, helping it to become more useful for users and profitable for business owners.
How to assess the potential success of an IoT prototype?
To be able to correctly evaluate the results of the IoT prototyping process, it’s essential to set up clear objectives and review how the created prototype delivers value to both customers and your business: increased efficiency, improved budget spending, enhanced user experience, and more. For this reason, Webbylab recommends creating the KPIs for your IoT prototype, ensuring they’re addressing multiple aspects in terms of value, usability, security, etc.
Do the stages of IoT prototyping differ depending on the product?
In most cases, the IoT prototyping stages are similar, as they cover only the basic functions of your potential product. To successfully prototype an IoT device, the key steps cover considering the requirements, choosing the suitable hardware, selecting the right tech stack, and software development (alpha phase, beta phase, and pilot production of an IoT prototype).
You may also like

More and more IoT solutions are launched and rolled out on the market. No wonder IoT programming providers have become deeply concerned about optimizing the… 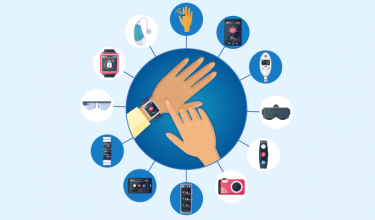 Where to find and hire IoT developers

The number of IoT solutions implemented by companies around the world has slowed down a bit, but continues to grow. In 2021, the number of…

Kateryna Grebenyk
Subscribe to the best creative articles feed
Up