Home Blog IoT in Consumer Electronics Market: 5 Use Cases of 2022 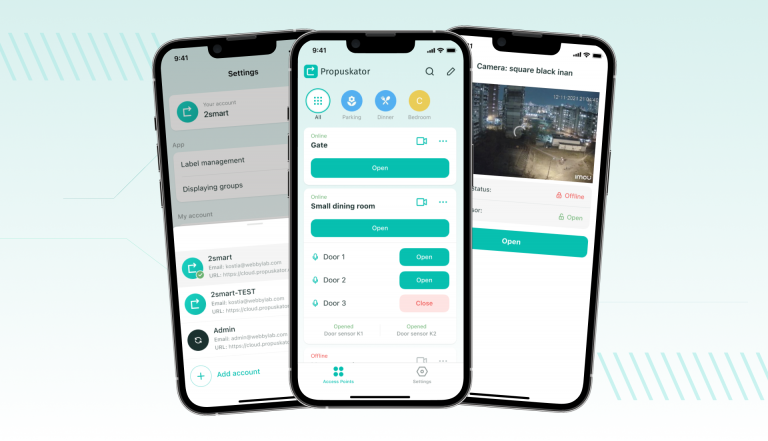 Consumer electronics are experiencing a boom in Internet of Things (IoT) adoption due to lifestyle changes and technology penetrating more life areas. IoT solutions are widely used by manufacturers of electronic equipment, including smart televisions, washing machines, and household appliances. And as a result, the market for IoT in consumer electronics is exploding and generating huge global acceptance.

Recognizing the market’s current expansion, Market Research Future (MRFR) has recently published a study report predicting that the global IoT in Consumer Electronics market will reach $124 billion by 2023, expanding at a compound annual growth rate of 24.16%.

Due to its ease of convergence with numerous technologies and real-time monitoring and feedback, IoT is prevalent among consumers worldwide. Currently, the Internet of Things is a vast network with a growing number of devices. And the utilization and popularity of its applications and use cases will only increase.

What is IoT in Consumer Electronics

Consumer IoT (CIoT) is a subset of the internet of things, with significant distinctions in the applications and devices used to access it. The Internet of Things connects disparate items, networks, and systems in order to facilitate their use and communication. A smart home is a fantastic illustration of the consumer IoT in action — it connects all smart gadgets to the same network, resulting in increased communication and simplicity for the consumer. Additionally, as consumer electronics items get smarter, businesses apply a variety of IoT use cases in consumer electronics for product monitoring, administration, and customization.

The interaction of the IoT and Consumer Electronics brings together a diverse range of functionalities such as sensing, actuation, and control, resulting in smart and energy-efficient electronic devices. As a result of its capacity to conveniently link to the manufacturer’s network through the internet, as well as its ability to transmit useful information such as product performance, usage trends, and energy consumption, it has proven to be one of the industry’s most significant high points.

Benefits of the Internet of Things in Consumer Electronics

IoT for electronics market can bring the following benefits to consumers:

There are also additional benefits that the IoT of consumer electronics has to offer, like providing performance and consumption trends, transmitting information about manufacturers’ networks, and connecting other connected products via a network.

CIoT is now widespread, ranging from streaming devices, wearables, voice command systems, home management devices, healthcare and asset monitoring systems, to smart in-store devices and linked autos. The following are a few well-known IoT consumer electronics cases that are now being implemented, with many more in the future.

Daily, new home security solutions, internet-connected appliances, energy management devices, and innovative remote home applications such as room control and entertainment systems are introduced to the market. By 2023, the consumer IoT market is likely to be dominated by home automation devices with sophisticated energy management and security functions.

As an example, we developed Propuskator — ACS for private users and for businesses. Propuskator is a cloud-based access control system that can be installed on a local server and offers mobile applications for end users.

In addition, the team developed a line of IoT-based controllers for regulating electric locks, gate drives, and barriers. The controllers can be utilized as part of the technical infrastructure of the Propuskator ACS or as standalone smart devices managed via mobile application.

A robot with a video surveillance function is another example of cases of IoT in consumer electronics. The mobile robot is capable of performing security functions in an apartment or a private residence. Using the cloud functionality made it possible for us to design a security robot as a full-fledged IoT device that can be connected from anywhere where there is Internet access. 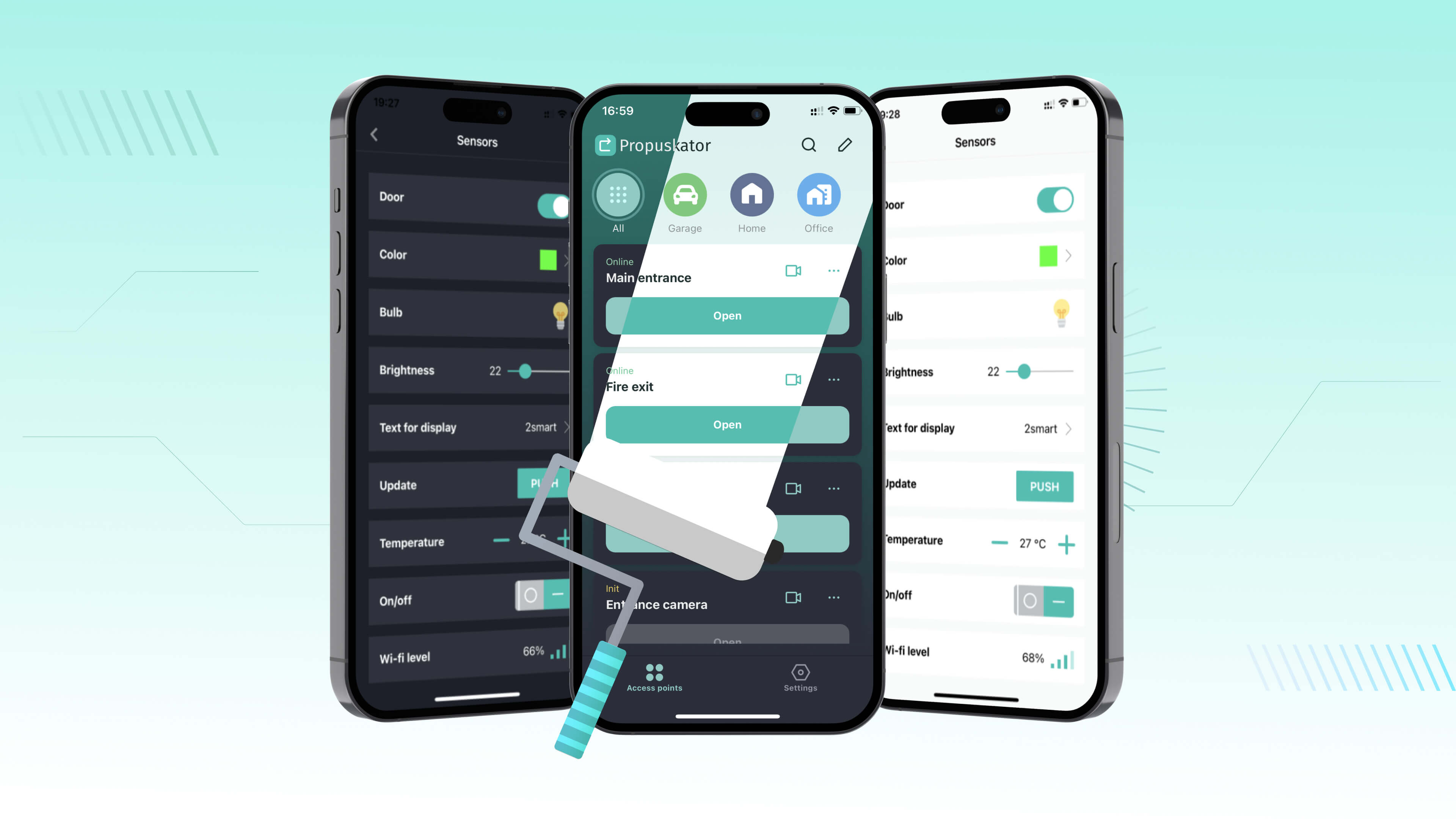 Consumer IoT enables and facilitates tracking of everything from smartphones, cameras, and keys to pets and even family members such as children and the elderly. It enables the monitoring of anything that is IoT-enabled and connected, including devices that are located at greater distances.

In addition to conventional smartwatches and fitness trackers, wearable technology is gaining popularity at a rapid rate. Consumer-oriented wearables with feature-rich intuitive applications are being developed to revolutionize the way customers live their lives. With new discoveries in CIoT occurring daily, there will very soon be smart wearables that are not as reliant on smartphones as they are now.

4. Health monitoring
Healthcare is another significant application area where consumer IoT is growing at a rapid pace and enhancing the patient and caregiver experience. There is a growing convergence between personal healthcare and IoT in healthcare, including patient monitoring, smart hearing aids, healthcare equipment tracking, and elderly care.

Personal assistants have been around for quite some time. Siri, Alexa, and Google Assistant are all making tremendous IoT development progress. Now, with the Internet of Things, it is finally possible to receive the one assistance we’ve always desired – a virtual person who locates belongings the next time we misplace them. By integrating location sensors, mapping software, Bluetooth, GPS, smartphone apps, RFID tags, and the network, we can provide a level of accuracy in network sensing that enables easy item tracking.

The above-mentioned IoT products cover only some of the top numerous consumer IoT trends right now. The ongoing competition is fierce, owing to the potential of IoT in the consumer market.

Increasingly, consumer IoT trends serve as a model due to their vast use and potential. High demand for connected and wearable devices, as well as a spike in the use of IoT devices in the automobile industry, are the key growth drivers for the consumer IoT market. In addition, the rise in growth of wireless platforms drives the IoT consumer electronics market. There are, however, issues about data security and privacy that limit market expansion. In contrast, the rise in demand for IoT devices resulting from the development of smart cities is projected to spur lucrative prospects for the consumer IoT industry.

The Internet of Things (IoT) has introduced a slew of new revenue opportunities into the sector, including the ability to facilitate cross-functionality among devices and the provision of new products to clients. For example, the Internet of Things-enabled home appliances could be effective in lowering the amount of work that humans have to do. It could aid in the recording of data from daily device usage, as well as storing the data on a data server and running analyses to find patterns and schedule operations on an independent basis. It is expected that the worldwide market for consumer electronics would increase significantly as a result of the tremendous convenience and facilities made possible by the IoT’s alliance with the industry.

In this industry, consumer IoT is a significant use case that is gaining popularity. Increasing fitness consciousness and rising disposable incomes in developing nations are the primary drivers driving the expansion of the CIoT market. Increasing consumer preference for convenience and a better lifestyle with consumer IoT, growing prominence of home monitoring from remote locations, expanding government regulations for the security of IoT devices, the rising number of internet users, and the rising adoption of smart and multimedia devices are a few additional factors driving the market growth. In addition to the reasons that are driving the market, the rising power consumption of connected devices and the increased risk of device malfunction would hinder the industry’s expansion.

Accordingly, it can be concluded that the Internet of Things has opened up a whole new layer of commercial options for producers of consumer electronics. This is all due to the enormous potential of IoT. Companies around the world are taking a variety of tactics to integrate the Internet of Things into their operations and developing IoT-capable teams, including learning from the actions of early adopters, increasing budgets, establishing organizational unity, and more.

Contact us to learn more about how WebbyLab can assist you in developing CIoT solutions for your business.

What Is Zigbee Protocol in Wireless IoT Networks

How to Use Docker for IoT Apps Rapid Deployment

How to Use Docker for IoT Apps Rapid Deployment